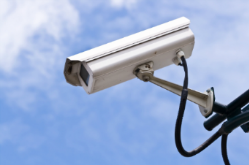 Homeowner finds wrecked wall was caused by council workers who left without telling her | #TpromoCom #CCTV #VideoSurveillance #Criminal | (Emily Cleary) A stunned homeowner whose front wall was smashed discovered the culprits were council cleaners – who then drove off without telling her.

Debs Esccott had spotted the council cleaning vehicle outside her house in Cliffe Woods, Kent, and initially thought the workers were doing a good job at sweeping leaves from a nearby car park.

But when she returned from a trip to the shops, she found the wall outside her home had been smashed to pieces.